After months of being in the lethargic winter months and holiday indulgences, we are feeling anxious to be active again. The days grow longer and brighter. Like new buds emerging from the soil, we are suddenly more alert, attentive, antsy, enthusiastic and ready to spring forward. We feel a surge of excitement and energy. We too are rising.

The whole world is in the throes of a contagious spring fever, a delicious dance of motion, emotion, and activity. We feel a surge of boundless spirit, vibrant enthusiasm, and potential creativity. As we begin this dance of new beginnings, we feel an urgency to release the heaviness and grey of the winter months. With a new zeal, we pull the drapes back, and open the windows to delight in the exuberant warmth of spring and to release the weighty energies of our past seasons. We spring clean. 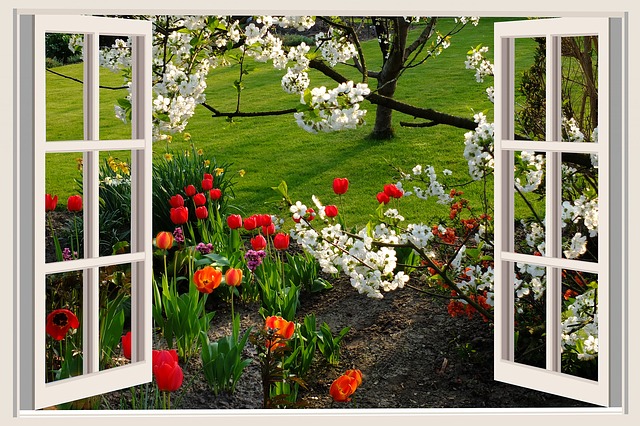 “In Jewish custom, Passover (Pesach) is a time of house cleaning as well. The very solemn holiday is meant to mark the exodus of the Jews from Egypt and takes place two weeks after the Jewish new year has come. Because the slaves in Egypt (including the Jews) were fed unleavened bread (bread without yeast, called “matzah” in Hebrew), the Jews adopted the bread as a symbolic reminder of the subjugation they overcame [source: History Channel]. It’s a humble bread, and during Passover, keeping leavened bread (chametz), which is any bread made with yeast, is considered arrogant and ungrateful.

In fact, keeping leavened bread in the home during Passover is considered such an affront in Jewish culture that even overlooked crumbs count. To combat inadvertently insulting God, Jews scour their homes before Passover to ensure they didn’t miss any bread. Since Passover comes around April, many people consider this custom as the origin of spring cleaning.”

The structure you call your home is not the only structure that requires a thorough cleaning from all that is offensive; your temple requires it as well. The temple I refer to is your consciousness- the knowledge or realization of any idea, object or condition-which then creates your body temple. What needs to be released? What is not bearing edible fruit in your life? How are you misusing the temple?

There are two significant bible stories that happen during “Passion Week” that don’t get much attention. They can be thought of examples of spring cleaning.

Directly after Jesus and his disciples entered Jerusalem they go to the temple (Mark 11:11-21)

11 Then he entered Jerusalem and went into the temple; and when he had looked around at everything, as it was already late, he went out to Bethany with the twelve.

12 On the following day, when they came from Bethany, he was hungry. 13 Seeing in the distance a fig tree in leaf, he went to see whether perhaps he would find anything on it. When he came to it, he found nothing but leaves, for it was not the season for figs. 14 He said to it, “May no one ever eat fruit from you again.” And his disciples heard it.

15 Then they came to Jerusalem. And he entered the temple and began to drive out those who were selling and those who were buying in the temple, and he overturned the tables of the money changers and the seats of those who sold doves; 16 and he would not allow anyone to carry anything through the temple. 17 He was teaching and saying, “Is it not written,

‘My house shall be called a house of prayer for all the nations’?
But you have made it a den of robbers.”

…20 In the morning as they passed by, they saw the fig tree withered away to its roots. 21 Then Peter remembered and said to him, “Rabbi, look! The fig tree that you cursed has withered.” 22 Jesus answered them, “Have faith in God.

Jerusalem is a habitation of peace

Bethany means wailing, limitations and affliction. But it also spiritually signifies the demonstration OVER these conditions.

Bethphage is a place of unripe fruit. It is a place in our awareness where grace is realized, but it is just coming into realization.

When Jesus looked around the temple, He saw many things that were wrong. He saw some things that needed to be changed. He saw a lot of people were not praying correctly. He was quite disturbed by this into that evening. He was moved out of his place of peace (Jerusalem) and went to a place of limitation and affliction (Bethany). 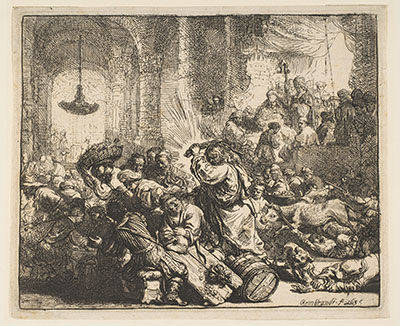 “And they came to Jerusalem. And He entered the temple and began to drive out those who sold and those who bought in the temple, and He overturned the tables of the money changers and the seats of those who sold pigeons; and He would not allow anyone to carry anything through the temple.”

What does it mean that He wouldn’t allow anyone to carry anything through the temple? We often carry our fears, the animal thoughts of our consciousness and lack into our places of worship, and we forget to let go of them there; we continue to carry them.

“And He taught and said to them, ‘It is not written, ‘My house shall be called a house of prayer for all the nations?’ You have made this a den of robbers.’”

We have to do our spiritual spring cleaning by allow the nature of God to come through us instead of our lower, human, animal nature. We will wither away like the fig tree if we don’t. It says so many places in the Bible. But that’s not going to happen to you. Truly, if you are in a place where you have been withered, if you turn to God, you will experience the resurrection again. There are many areas of our lives that can be dead in the moment. They can come back to life again because God is a God of new life. 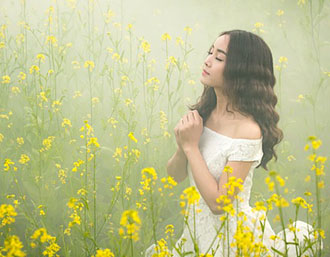 The practice we use for spring cleaning is prayer. When you pray, believe. Have your willingness allow God’s willingness to come through. Jesus on prayer, “Therefore, I tell you, whatever you ask in prayer, believe that you have received it, and it will be yours. And whenever you stand praying, forgive, if you have anything against anyone; so that your Father also who is in heaven may forgive you your trespasses.” Mark 11:24, 25

In hearing the message, a new grace comes into your life. Go forth, draw the drapes, swing open the window of your soul and allow Gods sweet new creation to be made manifest as your life.