Some of you may not know Danny, our custodian, who has worked for Unity for the past 21 years.  And if you do know him and haven’t seen him in the past 3 months, it’s because he had hip surgery in June and has been recuperating in an apartment.  He just returned to work on September 1st and we are very happy he is back!

So who is Danny? 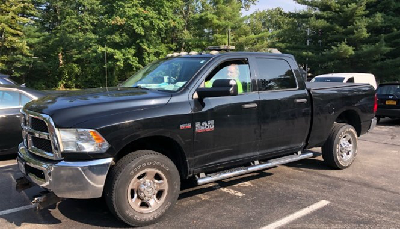 He’s the man in the black truck that is often parked in front of our building, the man who has been a guardian of our neighborhood keeping eyes on our facility and neighborhood, a man who prides himself on the work he performs, a very independent man who has been unwilling to accept help from others in the past, and the man who lovingly cares not just for our building and grounds, but for the Unity staff and all who come here.  Danny has been living in his truck for the last 6 years and in his own words, “Without my truck and my business, I’m nothing.”

What a very few know about Danny is that he is a family man who has been deeply committed to caring for his parents’ welfare.  His Dad got severely ill and transitioned in 2012.  A few years later when his beloved Mother become ill, Danny took care of her 24×7.  As her condition worsened, she needed medical care beyond the loving care that Danny could provide and urgently needed to go into a nursing care facility.  Danny continued his daily loving care while she was in the facility.  The nursing care facility took all her assets leaving Danny without enough money to live in an apartment.  His option?  Remain independent and live in his truck.  Anyone of us could find ourselves in a similar situation.  In other words, “There but for the grace of God go I”.

Danny has had painful hips for many years.  Finally, this past June, he was able to get one hip replaced.  The beautiful people who serve as our board of trustees and a congregant reached into their own pockets and provided funding for Danny to stay in a hotel so that he could recover.  His other hip is even worse than the one that was replaced and he dreams of having the money to have it replaced next spring.

During Danny’s recuperation in a place where he felt safe, he began to be able to process his life.  An amazing transformation began as he opened to the possibility that others could walk with him and witness his journey.  A group of individuals, who had a connection with Danny before his surgery, formed a team and named themselves “Friends of Danny”.  They showed up with the accessibility items such as an electric recliner, food, spent time visiting and listening, took him to doctors, and more.  We all knew that this was Danny’s journey and that every decision was ultimately his to make.  Members of the team investigated opportunities for long term, affordable housing.  After that, we got to watch God work.

After applying for a number of opportunities and having been told that they would take months and maybe years to come to fruition, suddenly, out of the blue, things began to manifest.  The heart of what we believe in at Unity was in action – we are One and limitless.  As Danny opened to Spirit and to the loving kindness of the people who supported him through this process, the Divine began to dance! Danny became eligible for programs and places that were often either unavailable or took year s on a waitlist to gain access.  The Friends of Danny pulled together to gather the things he will need to live in this apartment.  For Danny, these manifested exactly when he needed them – right now!  He has been offered a place to live that is affordable, clean, safe and close.  He has chosen to accept this place and to trust.  But, affordable to many of us is not yet affordable to Danny.  Because he can’t yet afford even this low rate, he needs our support while he works toward becoming financially independent again. 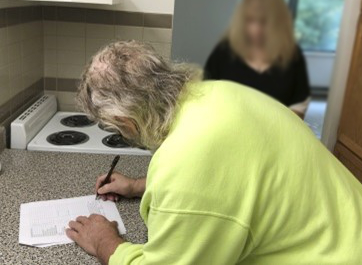 Many of us are choosing to donate to a fund called Helping Hands.  It’s been newly created here at Unity to put our values into action with one of our own.  You may be wondering how you can help.  Well, if your heart sings as you read this and you want to donate then it’s easy.  Just donate to Unity and in the memo line put Helping Hands – Dan Moore.  You can donate one time, monthly, occasionally – whenever it suits you.  Our aim is to provide housing support money for Danny until he can get his finances in order and be able to pay for his rent on his own. Then he can become fully independent again which will be his dream come true.