Every so often I wonder- “what would create stronger bonds between people?” Most often my answer is simply, “the experience of sharing with each other”. I love finding out new and interesting things about folks and getting a better sense of what is important to them. So I’ve decided to share something with you about myself.

In the early part of summer I was watching some You Tube videos and came across two about “random acts of kindness”. One 20 year old and one 26 year old decided they’d perform one random act of kindness, on their birthday, for each year they’d been alive. The idea found a home in me, so I decided to do 63 random acts of kindness for my 63rd birthday. But because that’s a large number, I gave myself the whole month of August to complete the project.

It was a fascinating and enlightening experience. As I thought about the magnitude of 63 random acts of kindness, the term “random” evolved into “intentional”, because a great deal of planning needed to occur. Several interesting things happened as I started in. The vast majority of “acts” were done anonymously, so I never knew or saw the reactions of the receivers. This felt somewhat disconnecting to me, but as I thought about it I recognized some real value because it allowed my ego to rest and take a nap. Once it was asleep, a nice warm feeling settled in and I could “enjoy” the act of giving without expectation of equivalent reward. Another thing that occurred was that the actual cost of the “intentional act of kindness” (for those I DID see a reaction from the receiver) did not seem to matter. Some FREE acts were just as meaningful as those with a high cost. I wondered if this had more to do with my INTENTION while either creating or performing the “intentional act of kindness”. After reflecting on this, it felt that when I was very personally connected, even if only briefly, the entire experience was much more beautiful.

You may be wondering what I chose to do, so here’s a sampling; let others out into traffic, put happy sticky note on random boxes at the grocery store, put $1 bills in children’s books at the library, bought ice cream for strangers, relocated bugs from inside the house to outside, bought a flowering plants for someone in a local nursing home, drew a picture and framed it and gave them to individuals, said hello to others and gave them genuine compliments and sent healing energy to others.

During the process a few of the 63 stood out. I took colorful helium balloons to my daughter’s pediatrician’s office for them to give to sick children. Seeing the face of one of the children was so incredibly heart warming to me. Baking cookies and delivering them to my neighbors was fun, but also frustrating, because it was so hard to catch people at home. Giving a huge tip to a waitress felt great because I know how hard they work. 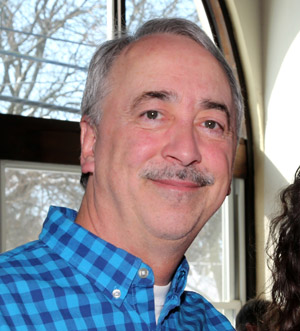 I have to say though that two of my favorites were ones I did for ME. In my prior life (before Unity) I received very strong (harmful) programming. I was taught that I came last. That I could share in the goodness of life, but only after everyone else’s need were met. So I decided that part of my 63 would include ME. Several were very special. One was an all out FUN day trip with Maureen to Saratoga and Lake George, both special places to us. Another was while Maureen and I were at the Maine seashore where I spent a lot of time body surfing next to a brother and sister. They were the epitome of JOY in motion. I can still see their radiantly smiling faces and hear their laughter. I’m still reliving it.

Overall, I loved creating and performing these “intentional acts of kindness” and experiencing the simple joy of connecting to others. I’m pretty sure that everyone of you has their own enlightening stories to tell. If you get the chance, I’d love to hear about them.