I don’t get to the ocean nearly often enough, that’s for sure. But when I do, as I was able to recently, it is always a kind of homecoming. To stand on the shell-strewn shore and to experience both immensity and peace in the same moment; to smell and taste the salt air; to know the the soothing of the soul that the ceaseless rhythm of the surf provides… All of this evokes a deep sense of returning home to me, and I think it has since childhood when I was still living in my actual boyhood home. Could it perhaps be the oceanic time of the womb that is aroused? The time of total connection with that tiny yet infinite watery universe? Before there was any sense of a separate me, when my own fledgling heart beat in sync with the One, with the Mother? Before the tide flung me out on this dry shell-shocked beach? 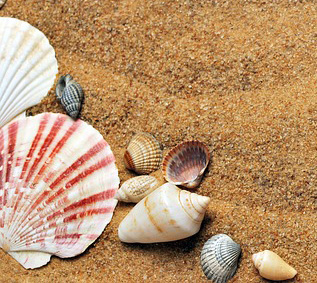 That last thought causes me to digress just a bit to relay a fascinating seaside moment. Last week at low tide on the Maine coast I watched what appeared to be an entirely clear, 3 inch ribbon of fettuccine wriggle and squirm amid the seaweed and pebbles that the surf was methodically nudging ashore. It was entirely transparent except for one black speck of an eye at one end of the ribbon. It turns out that what I was seeing was the larval stage of the marine eel. Amazing.

It’s not really a digression at all, though, because sometimes I feel like that almost-an-eel that struggled so desperately to remain in the ocean and have at least a fighting chance to become something much grander and far less flimsy than it appeared to be. And there are those infrequent moments of remembrance of such Grandness, as though I came from such a state and am still longing for a return.

While in Maine I picked up a used book, Mysticism: A Study and an Anthology by F. C. Happold, 1963. Hoping to find something synchronous with my thoughts, I just this moment opened it to an early chapter and quickly found these words:

One may divide mystical experience into two types… In the first* the urge is to escape from a sense of separation, from the loneliness of selfhood, toward a closer participation and reunion with Nature or God, which will bring peace and rest to the soul. This sort of rest is expressed in some words of St. Augustine:

Thou hast made us for Thyself, O God, and our hearts are restless till they rest in Thee.

Man… longs to return to that from which he feels he has come, to be more closely and consciously linked with it. He feels himself to be a pilgrim of eternity, a creature in time but a citizen of a timeless world. …[This can be] described not only in terms of man’s search for God but also in terms of God’s search for man. 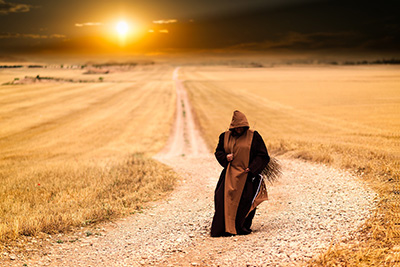 “I sought for God for thirty years,” writes the Moslem mystic Abu Yazid, “I thought it was I who desired Him, but, no, it was He who desired me.”

Pilgrims of eternity, that’s what we are. The old folk song tells it plain:

I am a pilgrim and a stranger
Travelling though this world of woe.
I’ve got a home in that yonder city, good Lord,
And it’s not, not built by hands.

Let’s return to our oceanic metaphor. It has been employed by many the philosopher, poet and mystic. The 15th sage of India, Kabir, penned words that closely resonate with those of Yazid:

And these words have been attributed to Saint Francis of Assisi:

The One you are looking for is the One who is looking.

If you spend some time by the ocean this summer and you feel both that sense of returning home as well as the deep longing for an even greater Home Coming, know that That which you long for is already present within, not without. That longing is like your inner GPS. Stay with it and be grateful for that unresolved yearning, that call to home.

I’ll leave you with these words from the late Leonard Cohen:

If you don’t become the ocean, you’ll be seasick every day.

* This urge is what the author calls the mysticism of love and union. The other urge, the flip side, he names the mysticism of knowledge and learning; the way of the philosopher and scientist, yes, but one who courts direct intuitive experience rather than relying entirely on deductive reasoning.