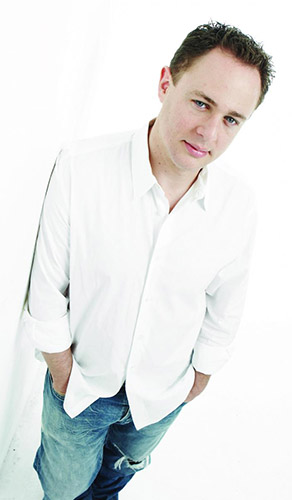 We’re excited to welcome back renowned Posi Award-winning singer-songwriter Daniel Nahmod to Unity Albany! Daniel will offer music and message for our 11:00 am service, Zooming in from his home in California.

Daniel was with us live just over a year ago, in January 2020, pre-pandemic. During the pandemic, Daniel has been busier than ever, having presented over 80 concerts, 2 extended workshops, 15 morning meditations, 5 Tao lectures, multiple interviews, inspiring thoughts, and many special events… all entirely for free, all meant as a gift to an uneasy world in crisis.  Meanwhile, the generous gifts that Daniel has received from those tuning in have literally sustained his family.

Daniel’s music has been heard on American Idol, The Voice, The Super Bowl, Today Show and Saturday Night Live. His brilliant song “One Power” was declared “the anthem for the New Humanity” by Deepak Chopra.  Daniel is one of the most beloved and successful independent performers in the United States today, having sold over 110,000 CDs and 10,000 songbooks of his profound, insightful, heart-opening original pop songs.

His songs have been sung and recorded by thousands of soloists, music ministers, choirs and congregations of all faiths around the world.  Daniel has shared the stage with such luminaries as Marianne Williamson, Wayne Dyer, Jean Houston, Yolanda King (daughter of Dr. King), Arun Gandhi (grandson of Mahatma Gandhi), Mark Victor Hansen (‘Chicken Soup for the Soul’) and Michael Beckwith.

Daniel’s stunning 3-octave vocals, exceptional piano and guitar skills, and utterly human, humorous, and humble stage presence combine with his extraordinary catalog of songs to inspire countless tears of joy, and equally countless standing ovations, from secular audiences, interfaith gatherings, nonprofit groups, and communities of all the world’s major religions, including Christian, Catholic, Buddhist, Mormon, Muslim, Jewish, Bahai, Hindu, Unity, and Religious Science.  Said one fan after a recent concert:  “Thank you, Daniel, for the most beautiful two hours of my life.”

More on Daniel at www.danielnahmod.com

Amoda Maa offers timeless truths in ways that are highly relevant and alive to this moment.

Amoda Maa invites you to discover true peace, oneness and freedom by meeting your experience of life with tenderness.