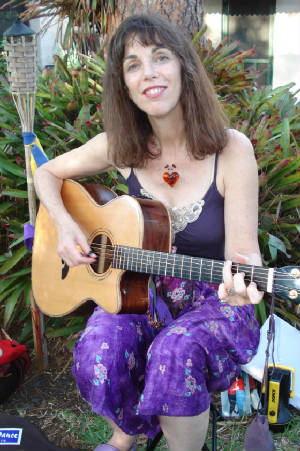 Elaine Silver has been performing her original songs for decades, sharing the stage with folk luminaries like Tom Paxton, Suzanne Vega, Arlo Guthrie and Tom Chapin. In the past dozen or so years, Elaine’s musical life has evolved into a Metaphysical Musical Ministry, and she has also recently obtained her Science of Mind Practitioner’s license.  She has worked with many best-selling authors in her field, including Alan Cohen as musical accompanist for his workshops and special events on numerous occasions. Some of the other best-selling authors she has worked with include Deepak Chopra, Wayne Dyer, don Miguel Ruiz, Marianne Williamson, and Neale Donald Walsch.

Elaine’s many highly acclaimed recordings continue to receive rave reviews, while touching the hearts and minds of her listeners. “Faerie Elaine” brings magic, love and blessings to her concerts and appearances as a bright light sharing herself and her music with emotion and authenticity.

As this is a special edition of our regular Sunday evening service, there is no charge for admission. An offering will be taken, and your donations are gratefully accepted.

Join us Tuesdays at Noon for informal sharing and conversation with Unity leaders.

If you love what we teach, we invite you to consider becoming an official member of Unity Church.

In walking with those in grief, we need to honor the light and the dark, the happy and the sad—and everything in between because all of it belongs.

Join us online for Sunday morning fellowship before or after service.