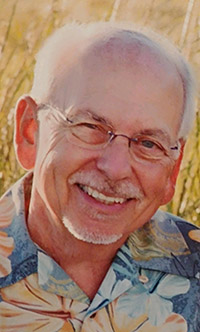 I have been a member of Unity in Albany for about 25 years, first attending when services were held on Madison Avenue. I first served on the Unity Board of Trustees and was President of the Board during the transition time between ministers, culminating in the hiring of Jim Fuller.  Holding the light during those unsettled times was my primary focus while maintaining a calm steadiness for the Board. I have also been on the board of other non-profits both as a trustee and officer.

Like many of you Unity is my spiritual home, always there as sustenance for my journey. Over the years I have served in several capacities at Unity. I am honored to be currently serving on the Board of Trustees. I am a reader on the Daily Word recording team and facilitator of that team.   I have been on the Unity Prayer team as a prayer chaplain for about 4 years, work that I strongly believe in.  I believe the strengths that I bring to the Board are a calm steady contemplative spiritual presence, logical decision making and problem solving skills, and good interpersonal and communication skills. I believe I’m a good listener, strive for non-judgmental discernment, and strongly believe in Unity principles and the indwelling divinity in all persons.

On the personal side I am a retired engineering manager with a post-retirement career as a substitute school teacher and until recently a personal fitness trainer. I enjoy cycling, yoga, history and travel. With my bike I have participated in several fund raising athletic events for health related organizations, notably the Dana-Farber Cancer Institute.

I look forward to continuing to serve the Unity spiritual community on the Board of Trustees during these exciting times of transition and promise. 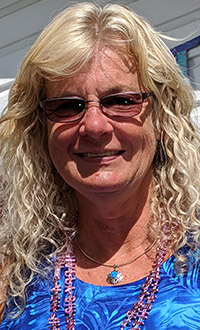 I’ve been coming to Unity for more than 15 years now, and I became a member in 2014.  I’ve served one term on the board of trustees, and I’m interested in continuing to serve for another term if that is the will of the congregation.

Other leadership positions I’ve held include ushering, organizing the ushers, organizing the Christmas family adoption, volunteering in the office once a week, and starting and chairing the social action committee.  I’ve also participated in the healing racism group since it started, as well as the Earthcare committee.

It’s important to me to be involved at Unity, which is my spiritual home.  I’m committed to the wellbeing of our ministry and I want to make a positive contribution to building our future.

I also want to keep growing spiritually through Unity teachings and principles by participating in the book study groups and classes.

Outside of Unity, my main focus of time and energy is to mentor a refugee family of 12.  My passion is to work for positive change in the world in whatever ways possible.

I would be thrilled to continue to have the opportunity to be of service as a member of the Board of Trustees at Unity. 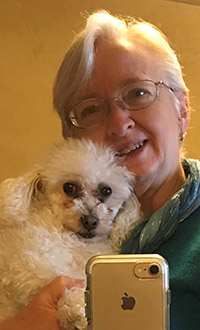 Hi, my name is Carol Morris. I was elected to the Unity Church in Albany Board of Trustees as an alternate Trustee with a one-year appointment last year and am running now for re-election. My history with Unity goes back to 2011, when my late husband and I began attending Unity of Tulsa. We then moved to North Carolina, where I was active in the choir at Unity of the Triangle in Raleigh. After his death, I moved back North (I am originally from northern New Jersey) and started attending Unity Church in Albany. I became a member in June, 2019.  Since being on the Board this past year, I have been actively involved, along with the rest of the Board, in the process of hiring our transitional minister, Steve Colladay, and finding him a place to live while he was here; we also shepherded the congregation through the transition to fully online Sunday services and the development of other online fellowship opportunities such as the Sunday fellowship and Tuesday Heart-to-Heart gatherings on Zoom. I participated in the HOPCOF process and served on the follow-up team; I was also involved with the revision of our Vision and Mission statements, and the development of UCIA’s statement of Core Values. Many of you also know me as a member of the Music Team – I am grateful for the opportunity I have most Sundays to sing with Roger, Gerri and Pete. In addition to being a member of Unity, I am also a Quaker, so I bring that perspective to every aspect of my life, both personally and professionally. On a more mundane level, I am a college professor – I teach Early Childhood at SUNY Cobleskill. All in all, I am grateful for the opportunity I have had to serve on the Board of Trustees at Unity Church in Albany this past year and would be honored to continue to do so.

p.s. My little dog, Chloe, is an honorary member of the Music Team, as well.

Join us for an extra fun Sunday morning service with humorist and musician Greg Tamblyn!

by Rob Geyer (Reposted from Rob’s blog at his website: messagesforinspiration.com ) I’m not sure how you feel about mind opening ideas, but I have one for you. Actually, it’s not mine. I’m just the one passing it along to you. It came from Lia. Lia is a feminine part of (god) that I am […]

We have an exciting spring ahead of us with wonderful and gifted speakers and musicians joining us for Sunday morning services. February  2021 February 7: Carol Morris – Our current Board of Trustees alternate and member of our Music Ministry. Carol is a professor of Early Childhood Education at SUNY Cobleskill and has been active […]

DAVE FERRILL I have been a member of Unity in Albany for about 25 years, first attending when services were held on Madison Avenue. I first served on the Unity Board of Trustees and was President of the Board during the transition time between ministers, culminating in the hiring of Jim Fuller.  Holding the light […]

On Sunday, March 7, 2021, Unity of Albany will hold its Annual Membership Meeting at 12:30 PM following the 11 AM service.  The meeting will be held on Zoom. The Zoom link will be sent out to all Active Members of Unity of Albany. This year we will be mostly voting electronically.  If you are […]