Unity-friendly songwriter Daniel Nahmod sings of the “One Power” for whom we have many names:

Call it God, call it Spirit
Call it Jesus, call it Lord
Call it Buddha, Ba’ha’ulla
Angel’s Wings or Heaven’s Door
But whatever name you give it
It’s all One Power, can’t you see
It’s the power of the love in you and me

Have your names for God shifted or multiplied during your life? Mine have and continue to, to one degree or another. Having been raised Catholic and having attended Catholic school in my youth, I got pretty comfortable with the names “Jesus” and “Father” when addressing Deity. Now that I’m the age my grandfather was when I was about nine, it turns out I’m still most comfortable with those particular appellations, though I’ve employed a few others over the years – Mother, Beloved, and Unity favorite Father-Mother God. I’ve also come to revere the person of Jesus more as an elder brother than as God-Him/Herself. Jesus himself indicated as much to his disciples and directed their attention toward the Father.

As an Interfaith minister, I also often address other embodiments of Divinity such as “Krishna”, “Allah”, “Lakshmi” or the Native American “Great Spirit”. It can be a bit like trying on another culture’s clothing. At least it feels like that sometimes. “Whaddya think – Does this calf-length Arabic tunic work for me? What about this hand-embroidered Nehru jacket? I thought so; but you didn’t have to be so blunt about it.” Still, as I’ve said before, I think it’s a good practice to sing each other’s songs, as it were, and begin to glimpse that ultimate oneness of our religious traditions without indulging in cultural appropriation.

But when I enter into prayer by myself, my words are most commonly directed to the Father. However, a shift has been occurring of late in that regard. I have found myself led to give my prayerful attention not so much to a Being outside myself, but to that Presence which encompasses me and everything and everyone else. In that case it is not so much a son asking Dad for counsel (or for car keys), or even a poor little ol’ me begging for mercy from some great Oz-like Supreme Power. It’s more of a dipping in the Ocean, maybe; surrendering to the ebb and flow of the surf. It’s an entering into, or an immersion in, what I have come to think of as the Divine Field.

That’s the new Name that has been coming up for me lately. If I’m having a difficult day, or I feel that have, in a spiritual sense, “fallen off the wagon,” I can remember that I am at every moment standing in the Divine Field. I don’t have to try to get back into God’s graces in the same way I might have had to do with my own parents after committing some youthful blunder. I am always encompassed by the Divine, inseparably so, despite my ego’s attempts to believe otherwise.

Granted, the “Divine Field” does not have the personal “BFF” quality that Jesus may have been conveying with his use of the term “Abba” for God. But it’s not an either-or kind of thing. I’m always going to be utilizing that familial metaphor. There are just moments when it’s good to recall, as in the James Dillet Freeman prayer, that,

The light of God surrounds us;
The love of God enfolds us;
The power of God protects us; 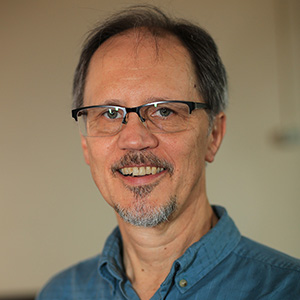 The presence of God watches over us;
Wherever we are, God is!

And, as Rumi so eloquently wrote,

Out beyond ideas of wrongdoing and rightdoing,
there is a field. I’ll meet you there.

In the Great Presence,

Updates from Your Board of Trustees May 21, 2020 Patricia Wood, Board Secretary History was made at Unity in Albany, with the first-ever online Town Hall meeting on Sunday, May 17th.  While the worldwide pandemic has forced us to adopt social distancing as preventative health and safety measures, our Unity Albany family has adjusted beautifully […]

Our Interim Minister Rev. Steve, the church Board of Trustees, and the whole of the Unity Church in Albany faith community honor our congregants, their children, and their grandchildren who are graduating from educational institutions. We acknowledge your hard work, diligence, and perseverance as you pursued your education and the promise that it brings. We […]

or, Finding the Christ in the Other Person Choose a person (co-worker, child, spouse, relative, acquaintance, neighbor, public official) with whom you would like to experience a more harmonious relationship. Follow these guidelines for a specific period of time; 3-6 weeks is recommended. During this time do not criticize outer actions; concern yourself only with […]

by Rev. Steve Colladay Rev. Dr. Martin Luther King said, “We are challenged to rise above the narrow confines of our individualistic concerns to the broader concerns of all humanity. …Through our scientific genius we have made of the world a neighborhood, now through our moral and spiritual genius we must make of it a […]