Back in March I wrote a column on the topic of faith vs. belief. The gist of it was contained in a phrase I had heard someone say that had somewhat stopped me in my tracks: “Throw out all the beliefs and keep the faith!” The conclusion I reached is that beliefs are a lot like the snake skin that must be periodically shed if the snake is to grow and mature (and startle you when you are mowing your lawn). Well, I’ve continued ruminating on the topic over the last three months, so here are some of my ongoing reflections.

It occurs to me that human beings may be likened to a snake that grew veeerrry slowly for millennia, shedding the skin of belief—their understanding of themselves and their world—in epochal interludes. Our journey of consciousness and the gradual shortening of the ages of change and growth that lead to a new understanding of our place in the cosmos has been compared to a stepped pyramid, such as are found in Mexico and Central America, by Mayan scholar Dr. Carl Calleman. The higher you get on the pyramid, the smaller the circumference. Calleman believes the ages of humanity follow a similar design, with immensely long periods in our earliest history of not much happening beyond day to day survival to the last several hundred years when change has happened so rapidly that we can barely keep up with it.

Though Calleman’s Mayan calendar theories are highly speculative, the basic idea makes sense to me. We can all feel the rapid change just in our own lifetimes. Before we got here, long-standing religious views were challenged in a major way by the evolutionary ideas of Darwin and by Freud’s revelations on the human psyche. Some religions adjusted; some few others still remain recalcitrant. Now science is presenting us with other foundation-shifting ideas. 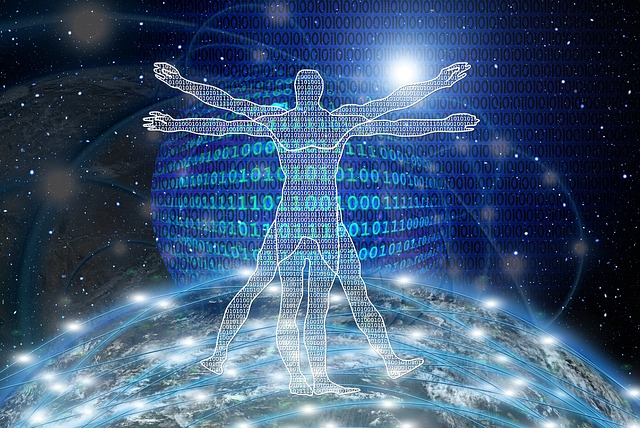 One that I keep hearing about lately is the idea that we are actually living in a kind of computer-simulation (think The Matrix). This apparently is being taken very seriously by top flight scientists. Space-X and Tesla, Inc. founder Elon Musk has said he thinks there’s a “one in billions” chance that we’re not living in a computer simulation right now. Created by whom? Well, by a “more sophisticated intelligence”. Hmmm.

If this concept becomes more mainstream, and it appears that it may, our belief systems get another huge shake up on the level of our realizing that the earth is not the center of the universe. In a simulated universe, who are we, what are we, why are we, and what is God? Will these newly reopened big questions not only challenge our beliefs, but leave our faith in the dumpster?

Not for me; at least not just yet. To a reasonable degree, I have learned not to equate faith with belief. In fact, I rather enjoy the process of seeing where the shifting ideas take me, as though I’m on a surf board finding and maintaining my center. As the waves roll in, they just carry me forward. Or I take a plunge and get back up again.

Physicist Tom Campbell, the author of My Big T.O.E. – Theory of Everything, seems to be of a similar nature. He takes the simulated universe theory in a further direction, connecting it with the multi-verse theory that ours is one of many overlapping universes. He posits that our particular universe is an entropy reduction trainer for souls! Entropy is that dark energy that pulls everything downward toward dissolution. Our job here is to work against that entropy for the purpose of soul growth. How do we do that?

I’ll leave you with this quote from an interview with Campbell:

“That’s why we’re here. This is a virtual reality. OK? It’s a trainer just like a flight trainer. This is an entropy reduction trainer (for souls). And suddenly, if love is the answer, cooperation, caring about others, is the way you evolve.

“So people will realize that as they work in the direction that they’re meant to work in, what our goal is, what our challenge is and our mission is, everything starts to work out. Instead of a constant struggle, you find that life is good. You find happiness. You find satisfaction. All of the good stuff starts to fall at your feet once you start collaborating with the system and growing up and getting rid of the fear and becoming love. So it has the potential to change everything at a very fundamental level.”

Now there’s an example of what it means to keep the faith amid wildly changing understandings and beliefs. Surf’s up! 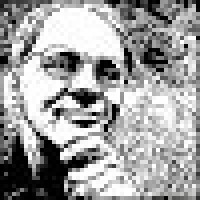 Results from our Re-Opening Survey, May-June, 2020