This past Sunday, Reverend Crystal mentioned “Ask and ye shall receive.” However, in order to receive, we must ask in a way that the universe understands.  Knowing how to ask can be a tricky business.  In fact, if you don’t know how to ask, you could be pushing away the very thing you desire, which can be worse than not asking at all.
You already know that everything is energy, that doesn’t mean just the physical stuff, it means all of everything.  Every idea, every utterance, every color, every sound, every feeling is energy and all energy is God/Consciousness.  Our asking is energy too, and to receive, we must ask in a way that matches the feeling tone of already having received the things we would like to call into our lives.  Most of us have been trained to ask for things from a position of lack.  We get an idea of something that is in harmony with what we would like and rather than thank the universe for giving us the idea and saying yes to it, we tend to move into energetic opposition through wanting, which creates an energetic gap between us and the thing we desire. When that happens, and we ask the universe from a place of not having, we are actually pushing away the Idea that has been offered to us through Divine mind.
The moment we conceive of an idea of something—anything—it is already ours.  We would not have the idea in the first place if it were not already ours to have.  The key to asking then becomes the practice of thanking the universe for the idea of that which we have already received.  Instead of seeing separation between you and the thing you want, get into the energetic practice of thanking the universe for the idea and for already creating the perfect plan for it to be made manifest in your life.  Practicing gratitude in this way for things not yet seen, aligns you energetically with that desire so that it can easily manifest and effortlessly materialize in your life. 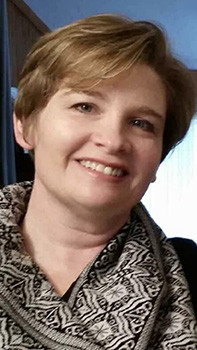 When you learn how to do this and practice it consistently, you will find that your inspirations become joyful indicators of things that are on their way.  You will then be in harmony with the very things you desire and your “asking” then becomes a practice of “joyful receiving.”
I will be going into greater depth on this topic in my class this summer.  If you would like to learn how to work more intimately with the consciousness of claiming your Divine Authority, we will be covering this topic and more in great depth on Mondays at 7:00 PM starting June 11.