How do you pray?  Do you give thanks for already having received; or do you ask from a place of desire for change?

As we enter the holiday season, starting with Halloween, we celebrate the day of the dead, allowing those things that no longer serve us to pass, and ending with the rebirth of the sun or the Son, meaning the “Light of the world,” the Christ that lives in, through and as You. In order for us to experience rebirth, we must experience a death of some form to make way for the new. In the middle of death and rebirth, we experience Thanksgiving, which produces the seeds of rebirth.

When we think of “giving thanks,” we think of the things that are already in our lives and have been made manifest. We are thankful for what we can see, touch, taste, feel and experience. What if you brought Thanksgiving into your every day prayer life, as if the thing for which you pray were already done?

“Therefore I say to you, all things for which you pray and ask, believe that you have received them, and they will be granted you.”  -Mark 11:24

Do you believe you have received when you pray? This is the prayer of Thanksgiving.

I discovered prayers of Thanksgiving, or “giving thanks for already having received” a couple of years ago. It was September and I was going through a hard time financially. I was working for myself, doing web design and support work as well as my spiritual writing and coaching. I was living in fear of not having enough money and noticed that I was experiencing a lifelong pattern of allowing that fear to control me. I had an abusive client who I wanted to drop but he was providing 80% of my income so I was afraid. Also, my ex-husband who had a proclivity for using the court system as a form of financial abuse had just been awarded primary custody of my children so I would no longer be receiving support. I saw that these relationships and my tolerance for the abusive behaviors stemmed from a fear of not having enough money. This financial fear mindset was controlling my life and it was certainly not making me more financially secure. I saw the pattern and I wanted out.

I called Silent Unity and told them I saw the pattern and wanted it replaced with something better. Within a half an hour, I came across a YouTube video of a woman who used to work in the Marketing department at Unity and she had an amazing gift for asking God for changes on behalf of others and miraculously, as she spoke, the consciousness of the listener shifted. I listened and was amazed that as I listened, all fears of not having enough money simply vanished.

I decided to drop the abusive client and was no longer receiving support from my ex. All of a sudden, I realized that 90-95% of my income had just disappeared, but I was not afraid.

Instead of being in a state of panic, for about 2 and a half weeks I found myself in a state of infinite peace and serenity, knowing that if my income can go away that quickly, it can come back just as quickly. I would meditate and ask if there was anything I could do to provide myself with income and I kept getting “just wait.” So I waited.

I still had one client left and was doing audio editing for her weekly healing podcast. One of her guests was fascinating to me and I asked him if he would be a guest for my World Awakened Talk Radio podcast. He agreed and wanted to set up a pre-interview to see if we had a good chemistry. We did and in the midst of the conversation, I told him that I found him through my one remaining client. He asked me how many people like her I knew and I told him, “I don’t know, hundreds? Those are my people.” He then told me that if I could set him up with interviews like the one he had with her, he would pay me $500/each. I asked him how many he wanted and he told me “As many as you can.” I got to work and was able to line up about 10/week. I’ll let you do the math. 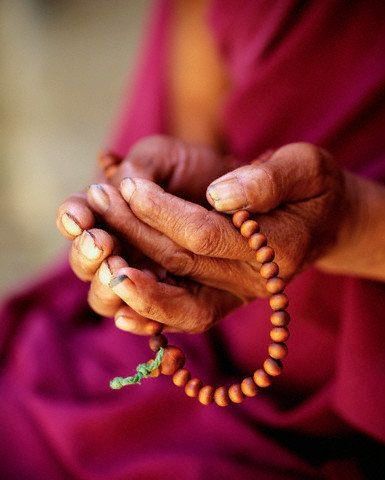 After that, I became obsessed with wanting to contact this woman who had done the prayer. On her website, she said she was charging $1000/hour for her private sessions but I could not get in touch with her. She didn’t seem to answer her emails and she had no programs going on. Even though I was very willing to pay the $1000/hour, to release the rest of the things I wanted to work on, she was unavailable to me. Since I could not contact her, I listened to all of the interviews I could find of hers and noticed something that bothered me. In each of her interviews, when people asked if they could have a copy of her script, she would tell them that even if they had her script, they would not be able to do it because she was the only one with the gift. I thought this was a crock of bull and decided that if she could do it, anyone could do it so I decided to claim the gift for myself.

I studied her method of prayer. She prayed as if the shift or the thing she was praying for had already happened, giving thanks the entire time. I tried it out, completely shifting the way I pray, and praying with fervent passion and a trust that the things I give thanks for have already happened. I was itching to try it in the “real world” and asked my friends to be guinea pigs. Miraculously, every time I asked for something on behalf of someone else, and prayed with passion and trust that the things I asked for had already happened, things in their lives shifted to align with exactly what I prayed… it worked!

Why does it work? Because just like yourself, the consciousness that lives in through and as me, is God. You are an inspired idea in the mind of God and everything that you think, experience, say, feel, see, touch and hear is God experiencing God. God is the awareness that experiences itself through life and as such, it is also the awareness that experiences life thorough you. A prayer of thanksgiving is giving thanks for the inspired idea being born through you. It is as real as you are because you are an inspired idea in the mind of God as well. It’s all God. Prayers of thanksgiving are joyful expressions of gratitude for that which is anticipating the opportunity to be made manifest, awaiting the “Light of the World” to be re-born, which is YOU. All you have to do is to say “YES!” 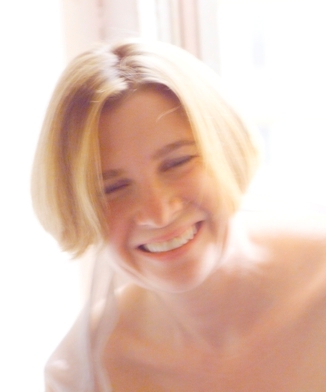 Finding the Christ in the Other Person Choose a person (co-worker, child, spouse, relative, acquaintance, neighbor, public official) with whom you would like to experience a more harmonious relationship. Follow these guidelines for a specific period of time; 3-6 weeks is recommended. During this time do not criticize outer actions; concern yourself only with the […]

The Attitude of Gratitude Primer compiled by Rev. Steve Colladay Here’s a virtual cornucopia of gratitude verses, sayings, quotes and stories from Rev. Steve – seven packed pages collected over the years! We’ve reprinted page one below. For much, much more, download the pdf, print it, and keep it handy anytime you want to jump […]