Recently a congregant remarked that she had never forgotten something I had written in this blog some time back. “Really, what was that?” I asked. “You wrote that ‘The present moment is the narrow gate,'” said she. And I thought – wow, that’s pretty good. At least one of us remembered it! Well, that forgotten notion has been reintroducing itself to my mind ever since, so I’m revisiting it again today.

If you read C.S. Lewis’ The Lion, the Witch and the Wardrobe, or saw either of the film versions, you’ll recall that the wardrobe in question was more than a place to store old winter coats. It was a magical gateway to another world; a threshold to a place of wonder called Narnia. From their amazing adventures in Narnia, the four children in the story could eventually make their way back to the English country house (where they had been sequestered from the ravages of World War II London) by locating a particular lamp post in the forest and skirting past the nearby trees until their feet fell on familiar floorboards. And the cool thing was they would return to the wardrobe just moments after their initial departure, so no one was the wiser. Well, almost no one. 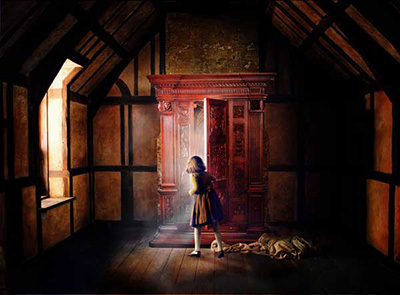 In reference to finding the kingdom of heaven, we read in Luke’s Gospel (13:24): “Make every effort to enter through the narrow door, because many, I tell you, will try to enter and will not be able to.” Surely Lewis had such Biblical passages in mind when he wrote his beloved Chronicles of Narnia which, among the seven volumes, featured a variety of passageways or doors through which to enter the magical realm.

“The present moment is the narrow gate.” Well, where else could it be? The present moment is the crux (the cross) where the Divine intersects the human experience, caught as we are in the horizontal beam that is time and this physical realm; the cradle to grave span. Right now is all that there ever is, yet how very hard hard it is to really live there, to locate that narrow gate. The mind constantly mulls over the past and plans for its future, remaining in survival mode, calculating offense and defense, in order to maintain a safe trajectory into that uncertain future. And, cultivating that “camel,” as it were, the needle’s eye of the present moment ever eludes it.

To find the narrow gate we must be willing to be defenseless. “Defenses are the plans you undertake to make against the truth. Without defenses, you become a light which Heaven gratefully acknowledges to be its own.” (A Course in Miracles, Lesson 135). I see this play out in my own attempts at a meditation practice. Many are the times when I am unable to still the chatter and my fifteen or so minutes of practice seem in vain. I may even think to myself, “Why do I even bother?” But persevering through such dry spells will always lead me back to a moment some morning of deeper surrender into the peace that awaits me. A glimpse of a narrow door.

“What could you not accept, if you but knew that everything that happens, all events, past, present and to come, are gently planned by One Whose only purpose is your good? Perhaps you have misunderstood His plan, for He would never offer pain to you. But your defenses did not let you see His loving blessing shine in every step you ever took. While you made plans for death, He led you gently to eternal life.

Your present trust in Him is the defense that promises a future undisturbed, without a trace of sorrow, and with joy that constantly increases, as this life becomes a holy instant, set in time, but heeding only immortality. Let no defenses but your present trust direct the future, and this life becomes a meaningful encounter with the truth that only your defenses would conceal.”

Now there’s a goal – that this life become a holy instant, set in time, but heeding only immortality. And—though my mind cues up the strains of The Impossible Dream from Man of La Mancha—it is not at all out of reach. It is right here. In this moment. 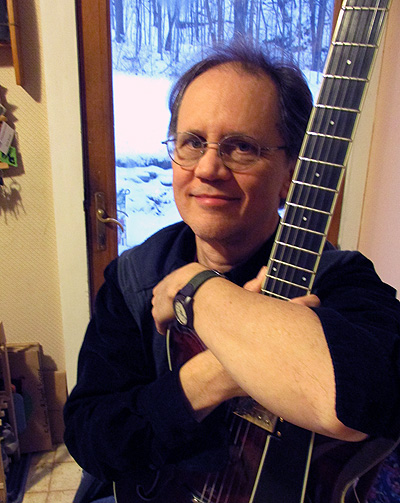 Dear Unity Family and Friends, As we move from Summer to (hopefully) beautiful Fall days, we are delighted to be moving deeper into the Minister Search Process. As a Unity Church in Albany participant or member, you play a vital role in supporting the search effort! We invite you to discern whether you may be […]

MYRTLE FILLMORE’S DISCOVERY I believe life has to be guided by intelligence. “Life is simply a form of energy and has to be guided and directed in our body by our intelligence… by our thinking and talking.” . I speak words of strength and power. “I went to all the life centers in my body […]