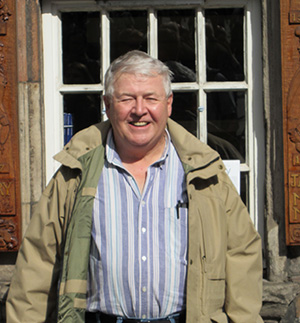 The early 1990’s was a time of change for me, personally and professionally. I used bio-feedback and lifestyle changes to recover from physical illness; and also used 12 Step principles to improve my emotional health. All this while participating in the vibrant “Men’s Movement” community where I formed lasting friendships. Still something was missing. A friend told me “…a milk stool has three legs for a reason! Physical and emotional health alone are not sufficient. One must also work to improve spiritual health.” Another friend suggested I would find familiar faces from the Men’s Movement at Unity Church. While I appreciated those familiar faces, my fear was powerful enough to keep me away for another year. I had not been to any church for 30 years.

One snowy Sunday in January 1995 I timidly walked into the Sunday Service at Unity’s temporary location on Madison Avenue. Marti Bryer welcomed me and introduced me to Rev. Arthur Wells and to the Madisons, Audrey and Sam. I liked the message and soon considered myself a “regular”. However the fear persisted. I feared that my inexperience in church life left me incapable of working in any of the ministries. So one night after the Wednesday meditation I turned to Paul Barnard and asked to be on the Prayer Team. In those days prayer requests were announced by a telephone chain. Paul would phone Audrey and she would phone me. Then I would phone nearly everyone else on the team due to the proliferation of telephone answering machines! Twenty-two years later I continue to serve the Prayer Ministry.

I am grateful to Rev. Crystal Muldrow for working with me to revitalize the Prayer Ministry. We accomplished this task the old-fashioned way–we prayed, meditated and followed the guidance of Spirit. The Unity Albany Prayer Team currently numbers twenty-five committed souls and growing. A number of Chaplaincy students recently completed training and will soon be formally added to the Prayer Team. I am blessed to pray one-on-one with another person after Sunday service. In doing so, we turn away from perceived brokenness and turn toward Spirit’s path to wholeness.

(My favorite quote regarding service:)

“Pastoral care is the sensitive attempt to bring wholeness
out of an exchange between human passion and human insecurity…
…Wholeness is found in the maturity of being able to live for another
by giving our love away.”

I had known Morgan Barclay before I came to Unity in 1995. He, along with Cynthia Barclay, would become my mentors in service at Unity Church. Morgan asked me to become a Teller and work on a team with Jean Robinson. Jean would help me in this and countless other tasks over the years. Morgan then asked me to be the Teller Chair and to write new Teller procedures. Morgan Barclay was Board Treasurer at the time and asked me to become the church bookkeeper. He needed help with the day to day financial duties as he was busy raising funds to purchase the current Church home. About this time I was asked to stand for election to the Board of Trustees along with Isabel Mills. I greatly admire Isabel’s many achievements and was honored to be included in her company. I never asked if Morgan was on the Trustee nominating committee; but I see his hand in this election. As the Trustees began their work Morgan Barclay announced he would change his focus from finance to education. Three months after joining the Board I became Treasurer. Morgan would go on to become a Unity Minister. 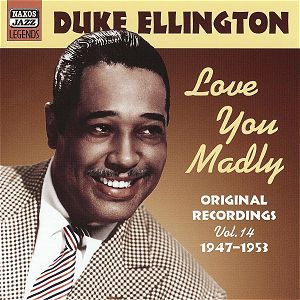 Once elected to the Board of Trustees, my spiritual growth moved into high gear. Having worked as a Corporate Trainer I was no stranger to public speaking. I worked with two Board Presidents who were uncomfortable speaking in public; so I became Board spokesperson for all three years of my first term. However speaking my “Spirit truth” is not as simple as I had assumed. I was surprised to find that I had to significantly improve my ability if I were to comfortably speak my “Spirit truth”. As long as I was “prayed up” and focused I found the new talent was within my reach. I was rewarded with positive feedback from church members. They said they trusted me and did not feel shamed or manipulated when I spoke of financial needs. I chose to raise the bar even higher as regards “Spirit truth”. I had long admired Duke Ellington’s ability to tell an audience of strangers that he loved them. Since I had earned the trust of our community, I too should be able to speak in a similar manner. So I took another risk and was once again rewarded with trust when I used Duke’s words to tell the folks at Sunday service, “I love you madly!”

I once had to be asked in order to volunteer; now I see opportunities to serve when I meditate. I knew that Jim Fuller’s presence would be missed if there were no Christmas Day luncheon in December 2015. All things in the manifest world begin as ideas. I took the luncheon idea and made it real. Organizing a party is definitely out of my comfort zone; but I do it anyway. And then when the cleanup is done my wife Sharon and I rush over to the Community Christmas Dinner in Delmar where we prepare leftover food for donation to local charities. Rather than dwell on regrets that I have few close family to entertain on Christmas, I do what I can to make others just like me happy on Christmas Day. If you are considering service at Unity my advice is to jump in and get involved. You will be repaid with unconditional love. If you have questions, ask Rev. Crystal, any Trustee or me. I can always use more help on Christmas Day!

Finding the Christ in the Other Person Choose a person (co-worker, child, spouse, relative, acquaintance, neighbor, public official) with whom you would like to experience a more harmonious relationship. Follow these guidelines for a specific period of time; 3-6 weeks is recommended. During this time do not criticize outer actions; concern yourself only with the […]

The Attitude of Gratitude Primer compiled by Rev. Steve Colladay Here’s a virtual cornucopia of gratitude verses, sayings, quotes and stories from Rev. Steve – seven packed pages collected over the years! We’ve reprinted page one below. For much, much more, download the pdf, print it, and keep it handy anytime you want to jump […]